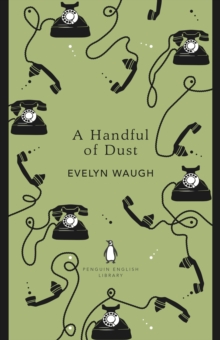 A handful of dust

'It would be a dull world if we all thought alike.'After seven years of marriage, the beautiful Lady Brenda Last is bored with life at Hetton Abbey, the Gothic mansion that is the pride and joy of her husband, Tony.

She drifts into an affair with the shallow socialite John Beaver and forsakes Tony for the Belgravia set.

Brilliantly combining tragedy, comedy and savage irony, A Handful of Dust captures the irresponsible mood of the 'crazy and sterile generation' between the wars.

The Penguin English Library - collectable general readers' editions of the best fiction in English, from the eighteenth century to the end of the Second World War.