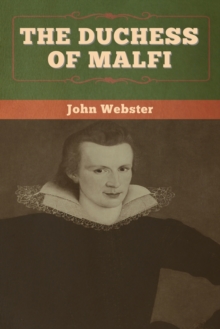 The Duchess of Malfi

Little is known of Webster’s life. His preface to Monuments of Honor, his Lord Mayor’s Show for 1624, says he was born a freeman of the Merchant Taylors’ Company. He was probably a coachmaker, and possibly he was an actor. Apart from his two major plays and The Devils Law-Case (c. 1620; published 1623), his dramatic work consists of collaborations (not all extant) with leading writers. With Thomas Dekker, his main collaborator, he wrote Westward Ho (1604) and Northward Ho (1605), both of which were published in 1607. He is also believed to have worked to varying degrees with William Rowley, Thomas Middleton, John Fletcher, John Ford, and perhaps Philip Massinger. Eight extant plays and some nondramatic verse and prose are wholly or partly his; the most standard edition is The Complete Works of John Webster, ed. by F.L. Lucas, 4 vol. (1927).