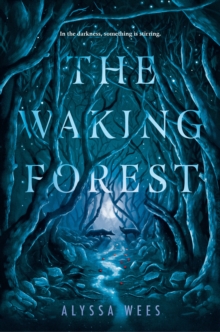 The waking forest has secrets. To Rhea, it appears like a mirage, dark and dense, at the very edge of her backyard. But when she reaches out to touch it, the forest vanishes. She's desperate to know more and then she finds a peculiar boy who offers to reveal its mysteries. If she plays a game.

To the Witch, the forest is her home, where she sits on her throne of carved bone, waiting for dreaming children to beg her to grant their wishes. One night, a mysterious visitor arrives and asks her what she wishes for, but the Witch sends him away. And then the uninvited guest returns.

The strangers are just the beginning. Something is stirring in the forest, and when Rhea's and the Witch's paths collide, a truth more treacherous and deadly than either could ever imagine surfaces. But how much are they willing to risk to survive?

"Bewitching, sensuous, and spiked with the unexpected--The Waking Forest is a fever dream you won't ever want to leave."-Joan He, author of The Descendent of the Crane

"A stunning, spooky, and lyrical debut....The pacing is taut as the tension steadily ramps up, creating an atmospheric read that is impossible to put down. A sure hit for readers of edgy fantasy and fans of Stephanie Garber's Caraval or Heidi Heilig's The Girl from Everywhere."-SLJ, Starred Review