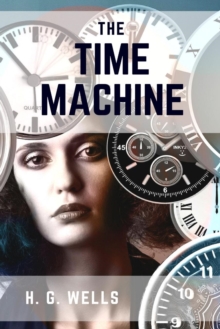 1898 Romance, Dystopian Science Fiction I think that at that time none of us quite believed in the Time Machine.

The fact is, the Time Traveller was one of those men who are too clever to be believed: you never felt that you saw all round him; you always suspected some subtle reserve, some ingenuity in ambush, behind his lucid frankness.

Had Filby shown the model and explained the matter in the Time Traveller's words, we should have shown him far less scepticism.

For we should have perceived his motives; a pork butcher could understand Filby.

But the Time Traveller had more than a touch of whim among his elements, and we distrusted him...The next Thursday I went again to Richmond-I suppose I was one of the Time Traveller's most constant guests-and, arriving late, found four or five men already assembled in his drawing-room.

The Medical Man was standing before the fire with a sheet of paper in one hand and his watch in the other...