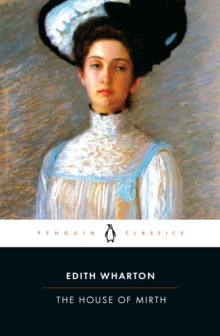 The house of mirth

The house of mirth

By: Wharton, Edith,  Wolff, Cynthia(Introduction by)

A black comedy of manners about vast wealth and a woman who can define herself only through the perceptions of others.

The beautiful Lily Bart lives among the nouveaux riches of New York City - people whose millions were made in railroads, shipping, land speculation and banking.

In this morally and aesthetically bankrupt world, Lily, age twenty-nine, seeks a husband who can satisfy her cravings for endless admiration and all the trappings of wealth.

But her quest comes to a scandalous end when she is accused of being the mistress of a wealthy man.