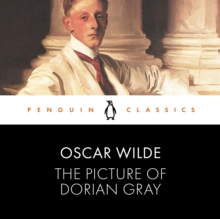 Brought to you by Penguin. This Penguin Classic is performed by Ben Barnes, star of the film adaptation of Dorian Gray, also known for his roles in Westworld and The Chronicles of Narnia.

This definitive recording includes an Introduction by Robert Mighall. Enthralled by his own exquisite portrait, Dorian Gray exchanges his soul for eternal youth and beauty.