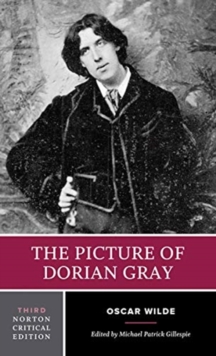 This Norton Critical Edition includes: The 1890 (Lippincott's Magazine) version and the 1891 (book) version of the novel.

Under the editorial guidance of Wilde scholar Michael Patrick Gillespie, students have the opportunity to comparatively read and analyse both texts of this controversial novel. Editorial matter by Michael Patrick Gillespie. "Backgrounds" and "Reviews and Reactions" sections that allow readers to gauge The Picture of Dorian Gray's sensational reception and to consider the heated public debate over art and morality that followed-including Oscar Wilde's vehement replies to individual critics. Seven critical essays-six of them new to the Third Edition-that address the novel's major themes: aestheticism, decadence and vice.

Lawler and Ellen Scheible. A chronology and a selected bibliography.