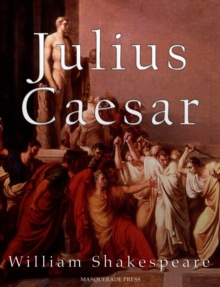 In fact, the only people who might dispute that are those who think he didn't write the surviving 38 plays, 154 sonnets, two long narrative poems, and several other poems still attributed to him.

Even people who never get around to reading his works in class are instantly familiar with titles like King Lear, Othello, Hamlet, Macbeth, and Romeo & Shakespeare.Shakespeare's drama about Caesar is one of his most famous plays, and it couldn't have been about a more interesting historical figure.

While Caesar's life story was known by Shakespeare's contemporaries, his play was so influential that it has popularized certain aspects, especially people's belief that Caesar cried out &quoteEt tu, Brute&quote as Brutus stabbed him.