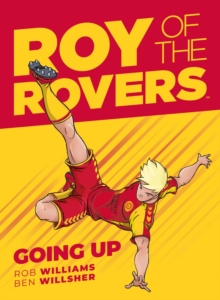 Part of the Roy of the Rovers (Graphic Novels) series

The new era begins here! After a tumultuous season, Melchester Rovers have turned their fortunes around and promotion is within reach, but going up isn't a foregone conclusion, and there's a crisis looming...

If that wasn't bad enough Melchester's unscrupulous owner Barry `Meat' Cleaver has plans that could spell the end for the club!

The exciting, action packed finale to Roy's thrilling first season of professional football is here! "It has everything a football fan needs" - Books for Topics "Football-lovers will love the description of on-pitch action" - That Boy Can Teach "It captures the feel of playing and having a passion for football" - Comic Scene Magazine