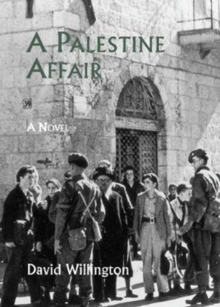 A Palestine affair : a novel

In search of adventure, Inspector Guy Pearson joins the Palestine Police Force under the British Mandate.

The year is 1938. Both Palestinians and Jews, at war with each other, regard the British as an occupying power.

There is widespread civil disturbance. Pearson himself becomes a victim of a bomb and is nursed back to health by the native-born Rachel.

They become lovers. But their relationship becomes known to the Irgun, the Jewish terrorist organisation.

Threats are made against her and her family is blackmailed.

When the news of the Holocaust emerges at the end of the war, agitation for greater Jewishimmigration and statehood for Israel sparks new violence.

The Palestine Police have to hold the line between competing forces, often at grave risk to themselves.

Amid the chaos of the British withdrawal from Palestine and open warfare between Jew and Arab, Guy and Rachel must decide where their destiny lies.