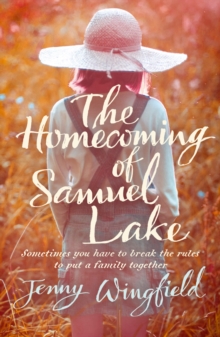 The homecoming of Samuel Lake

A bewitching debut novel in the vein of the much-loved classic Fried Green Tomatoes at the Whistlestop Cafe. It's 1956 and Samuel Lake, a handsome preacher, is voted out of his ministry by yet another congregation, disappointed by his relentless pleas for them to live more charitable lives.

Out of options and out of pocket, Samuel and his family are forced to move in with their Arkansas in-laws, the rambunctious Moses clan. At first they thrive in the unruly sea of relatives - Willa, Samuel's wife, runs the bar for Grandma Calla, while the boys, Noble and Bienville, run riot through the surrounding countryside.

But when Swan, their formidable but loveable 11-year-old tomboy, crosses the path of neighbour Raz Ballenger, things take a turn for the worse. Raz Ballenger, horse trainer, is a man who rules both his family and his animals through terror.

Used to instant obedience, he is insulted when Swan leaps to his son's defence, an act that sets a whole chain of unexpected and terrible events into motion...