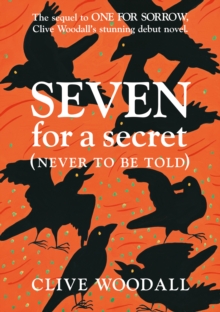 Seven for a secret: (never to be told)

The eagerly awaited sequel to the surprise bestseller by the former Sainsbury's supermarket worker turned novelist, whose first book, ONE FOR SORROW, now released in mass-market paperback, has been sold in twenty countries and to Disney for film.

WELCOME BACK TO BIRDDOM Time has moved on, and the story continues in a land that is beset by enemies, seen and unseen.

Man and nature are at war with each other. Evil flaps its black wings once more, and casts dark shadows.

But which is darker? Evil from without or from within? Beseiged on all sides, the ancient tawny owl, Tomar, battles to keep Birddom pure and whole.

He still has friends to help him, though far fewer than before.

Allies in an unequal fight between good and evil. But, sometimes, good cannot prevail, and, when all hope is gone, there is no other recourse but to turn to seven for a secret - a secret that could yet save them all.