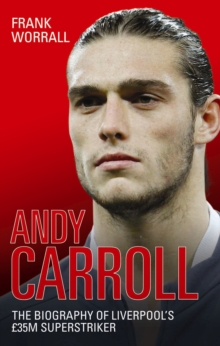 Beginning his career at Newcastle United, Carroll became the youngest ever player to represent Newcastle Europe when he made his first team debut against Palermo in November 2006, at the age of 17 years and 300 days.

The following July he scored his first senior goal, in a friendly against Juventus, before heading to Preston North End on a six-month loan, where he continued to impress in 11 appearances. Carroll then made a triumphant return to St James' Park in 2008, scoring his first competitive goal for the club on his first home start, and by 2010 he was playing virtually every game as a key part of Newcastle's Championship-winning side.

His impressive form continued in the Premier League andin January 2011 he moved to Liverpool in a deal worth in excess of GBP35 million - the highest sum ever paid for a British player.

The fact that he was given the famous number 9 jersey, recently vacated by Fernando Torres, was testament to the club's faith in his abilities. Unsurprisingly, in November 2010 Carroll was called up to the England squad for a friendly against France. Although the match ended in defeat, Carroll's involvement was one of the stand-out performances of the night and he is one of England's great hopes for the future.

Carroll's career hasn't been without incident both on and off the pitch, but as far as football goes, his is undoubtedly one to watch.

This in-depth biography charts the highs and lows of one of England's brightest stars.