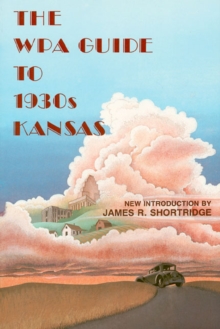 The WPA Guide, the first and only guidebook ever devoted to Kansas, was published in 1939.

After six decades and more, its pages still provide a wealth of reliable historic, geographic, and cultural information on Kansas, as well as some intriguing lore that many modern-day readers will find new.

Not the least of its contributions is the accurate picture it gives of Kansas between the Great Depression and World War II--of its industrial, agricultural, and natural resources.

Included are eighty photographs, four maps, and an essay on the contemporary scene by William Allen White.