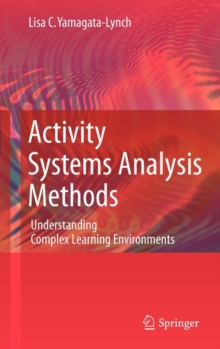 In the last two decades, there has been growing interest in pursuing theoretical paradigms that capture complex learning situations.

Cultural Historical Activity Theory (CHAT) is one of several theoretical frameworks that became very popular among educational researchers because it conceptualizes individuals and their environment as a holistic unit of analysis.

It assumes a non-dualistic ontology and acknowledges the complexities involved in human activity in natural settings.

In many of such articles, CHAT has been referred to as social constructivism, sociocultural theory, or activity theory. Activity systems analysis is one of the popular methods among CHAT researchers for mapping complex human interactions from qualitative data.

However, understanding the methods involved in activity systems analysis is a challenging task for many researchers.

This difficulty derives from several reasons. First the original texts of CHAT are in Russian and there have been numerous authors who report on the difficulties of reconciling translation problems of the works of original authors' such as Vygotsky and Leontiev.

Second, in North America activity systems analysis has deviated from the Russian scholars' intentions and Engestroem's original work using the triangle model to identify tensions to overcome and bring about sociopolitical change in participant practices.

Thus, there is a dearth of literature in both book and journal publications that guide researchers on the methodological issues involving activity systems analysis.