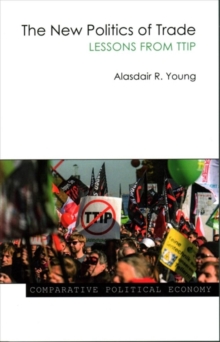 The New Politics of Trade

The negotiation of international trade agreements has become the issue of the moment.

With Brexit, a change in administration in the United States, a fragile economic recovery in the Eurozone and China facing a slowdown in its growth, nothing is more critical to the future global economy than the terms of trade between its largest economic blocs.

The Transatlantic Trade and Investment Partnership (TTIP) is Europe's most controversial trade agreement ever.

Aimed at reducing regulatory barriers between the United States and the EU, it was expected to be fairly straightforward given strong business support on both sides of the Atlantic.

It has not been so. The negotiations have dragged on far longer than anticipated and now look set to fail altogether.

Yet the process of its negotiation, the terms of the potential agreement and its sticking points provide valuable lessons for policy-makers and academics tasked to bring future trade deals and arrangements to successful conclusions. Alasdair Young offers a penetrating analysis of the complexities of the TTIP negotiations and explores why they have proved so difficult to conclude, what motivates the different parties concerned and what implications there are for politics and policy.

Young throws light on the limits of the transatlantic cooperation and the processes of globalization and teases out the implications for the UK in its post-Brexit trade negotiations and for other nations now facing a more protectionist stance from the United States.