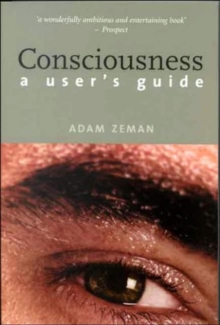 A fascinating exploration of the nature of consciousness This engaging and readable book provides an introduction to consciousness that does justice both to the science and to the philosophy of consciousness, that is, the mechanics of the mind and the experience of awareness.

The book opens with a general discussion of the brain and of consciousness itself.

He describes healthy states and disorders-epilepsy, narcolepsy, blindsight and hallucinations after stroke-that provide insights into the capacity for consciousness and into its contents. And he tracks the evolution of the brain, the human species, and human culture and surveys the main current scientific theories of awareness, pioneering attempts to explain how the brain gives rise to experience. Zeman concludes by examining philosophical arguments about the nature of consciousness.

A practicing neurologist, he animates his text with examples from the behavioral and neurological disorders of his patients and from the expanding mental worlds of young children, including his own.

His book is an accessible and enlightening explanation of why we are conscious.