Honouring the achievements of the founding father of the historical novel, the Walter Scott Prize for Historical Fiction is one of the most prestigious literary prizes in the world. With a total value of over £30,000, and now in its twelfth year, it is unique for rewarding writing of exceptional quality which is set in the past. 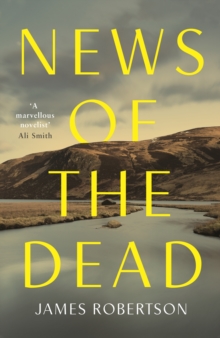 News of the dead

Deep in the mountains of north-east Scotland lies Glen Conach, a place of secrets and memories, fable and history. In particular, it holds the stories of three different eras, separated by centuries yet linked by location, by an ancient manuscript and by echoes that travel across time. In ancient Pictland, the Christian hermit Conach contemplates God and nature, performs miracles and prepares himself for sacrifice. Long after his death, legends about him are set down by an unknown hand in the Book of Conach. Generations later, in the early nineteenth century, self-promoting antiquarian Charles Kirkliston Gibb is drawn to the Glen, and into the big house at the heart of its fragile community. In the present day, young Lachie whispers to Maja of a ghost he thinks he has seen. Reflecting on her long life, Maja believes him, for she is haunted by ghosts of her own. News of the Dead is a captivating exploration of refuge, retreat and the reception of strangers. It measures the space between the stories people tell of themselves - what they forget and what they invent - and the stories through which they may, or may not, be remembered.

Sponsored by the Duke and Duchess of Buccleuch, the Prize celebrates quality, innovation and ambition of writing , and is open to books first published in the previous year in the UK, Ireland or the Commonwealth. Reflecting the subtitle ‘Sixty Years Since’ of Scott’s most famous work Waverley, the majority of the storyline must have taken place at least 60 years ago. The Prize was founded in 2009, and is awarded at the Borders Book Festival in Melrose, Scotland, in June every year. The winner receives £25,000 and shortlisted authors each receive £1,500.