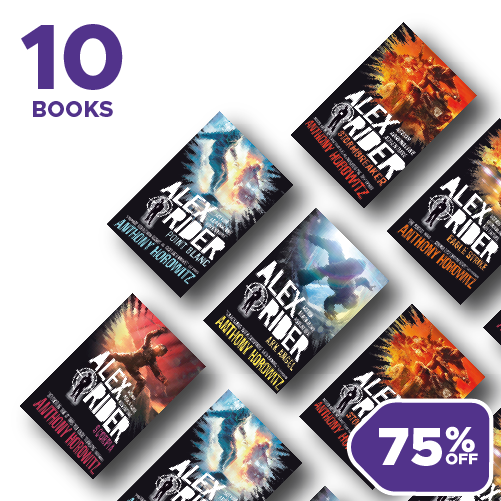 Cool, contemporary and brave, bestselling author Anthony Horowitz has created a phenomenal character in Alex Rider - and this collection, aimed at ages 10+, contains the first ten of his exciting adventures.

Action-packed from the first book to the last, the teenager is recruited to help on an MI6 mission after his uncle is killed in a car crash. Having looked after him since he was a baby, Alex is devastated by this tragedy but in the aftermath of his death, Alex discovers his uncle was actually a spy...

Told at a breakneck pace and with tons of suspense, this series is irresistible.

"Explosive, thrilling, action-packed – meet Alex Rider."
"Credited with inspiring a generation of boys to read, and rightly so." The Sun