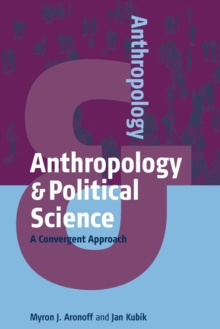 Part of the Anthropology & ... series

What can anthropology and political science learn from each other?

The authors argue that collaboration, particularly in the area of concepts and methodologies, is tremendously beneficial for both disciplines, though they also deal with some troubling aspects of the relationship.

Focusing on the influence of anthropology on political science, the book examines the basic assumptions the practitioners of each discipline make about the nature of social and political reality, compares some of the key concepts each field employs, and provides an extensive review of the basic methods of research that "bridge" both disciplines: ethnography and case study.

Through ethnography (participant observation), reliance on extended case studies, and the use of "anthropological" concepts and sensibilities, a greater understanding of some of the most challenging issues of the day can be gained.

For example, political anthropology challenges the illusion of the "autonomy of the political" assumed by political science to characterize so-called modern societies.