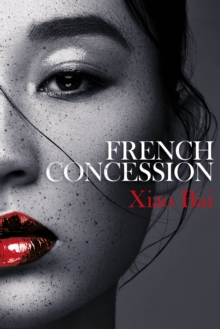 By: Bai, Xiao,  Jiang, Chenxin(Translated by)

An acclaimed Chinese writer makes his English-language debut with this heart-stopping literary noir, a richly atmospheric tale of espionage and international intrigue, set in Shanghai in 1931-an electrifying, decadent world of love, violence and betrayal filled with femme fatales, criminals, revolutionaries and spies. A boat arrives in Shanghai harbour, carrying an important official in the Nationalist Party and his striking wife, Leng.

Amid the raucous sound of firecrackers, gunshots ring out; an assassin has shot the official and then himself.

Leng disappears in the chaos. Hsueh, a Franco-Chinese photographer aboard the same boat, became captivated by Leng's beauty and unconcealed misery.

Now, she is missing. But Hsueh is plagued by a mystery closer to home: he suspects his White Russian lover, Therese, is unfaithful.

Why else would she disappear so often on their recent vacation?

When he's arrested for mysterious reasons in the French Concession and forced to become a police collaborator, he realizes that in the seamy, devious world of Shanghai, no one is who they appear to be.