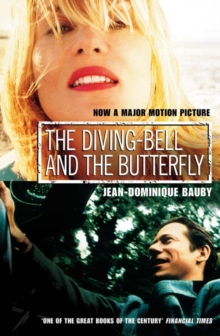 The diving-bell and the butterfly

The diary of Jean-Dominique Bauby who, with his left eyelid (the only surviving muscle after a massive stroke) dictated a remarkable book about his experiences locked inside his body.On 8 December 1995, Bauby suffered a massive stroke and slipped into a coma.

When he regained consciousness three weeks later, the only muscle left functioning was in his left eyelid, although his mind remained as active and alert as it had ever been.

He spent most of 1996 writing this book, letter by letter, blinking as an alphabet was repeatedly read out to him. "The Diving-Bell and the Butterfly" was published in France on Thursday 6th March 1997.

It achieved instant success. Then, three days later, Bauby died. "The Diving-Bell and the Butterfly", which records Bauby's lonely existence, is a book about the triumph of the human spirit and the ability to invent a life for oneself in the most appalling of circumstances.