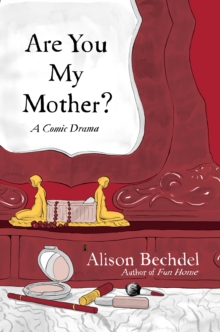 Are you my mother? : a comic drama

Alison Bechdel's Fun Home was a literary phenomenon: 'an extraordinarily intimate account of family secrets that manages to be shocking, unsettling and life-affirming at the same time', as Sarah Walters wrote in the Guardian.

The Times said it was 'incontestibly the graphic book of the year', while the Observer recently chose it as one of the ten best graphic novels ever published.

While Fun Home explored Bechdel's relationship with her father, a closeted homsexual, this new memoir is about her mother - a voracious reader, a music lover, a passionate amateur actor.

Also a woman, unhappily married to a gay man, whose artistic aspirations simmered under the surface of Bechdel's childhood... and who stopped touching or kissing her daughter goodnight, for ever, when she was seven.

Poignantly, hilariously, Bechdel embarks on a quest for answers concerning the mother-daughter gulf. It's a richly layered search that leads readers from the fascinating life and work of psychoanalyst Donald Winnicott to one explosively illuminating Dr Seuss illustration, to Bechdel's own (serially monogamous) love life. And, finally, back to Mother - to a truce, fragile and real-time, that will move and astonish all adult children of gifted mothers.