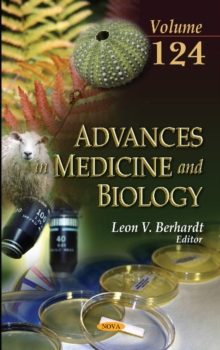 By: Berhardt, Leon V.(Edited by)

The chapters in this volume present the latest developments in medicine and biology.

The overuse and everyday abuse both in humans and animals, in conjunction with the decreased production of new antimicrobial drugs during the last years, have led to the limitation of the treatment choices and the development of antibiotics resistance as discussed in Chapter One.

Chapter Two reports on the overuse of antibiotics as a serious public health problem, and the clear correlation between their use and the emergence of resistant bacterial strains both at the individual and populace levels.

Chapter Three discusses how antibiotics play a major role in the treatment of infectious diseases; however, there is evidence that they are also used for non-indicated viral conditions.

Chapter Four studies pharmacovigilance which is the science relating to the collection, detection, assessment and prevention of adverse reactions and other problems associated with drugs.

In general, as a method of treatment of GH patients with frequent relapses (more than 6 times a year), Chapter Six recommends individual therapy combining etiotropic chemotherapy and additional immunotherapy with the IFN drugs and IFN inducers developed in Russia Chapter Seven evaluates current research findings on the measurement resolution of the most commonly used dehydration markers, their applicability in combat sports research and the potential health-related risks of excessive hypohydration.

Chapter Eight discusses peritonectomy using electrosurgical dissection with a ball-tip as a new methodology for obtaining control of peritoneal metastases.