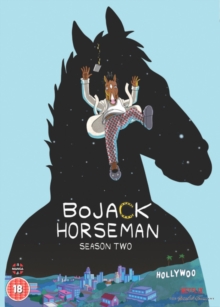 All the episodes from the second season of the American adult animated comedy starring the voice talents of Will Arnett, Amy Sedaris and Alison Brie.

BoJack Horseman (Arnett) was a successful sitcom star in the 1990s but since then his career has faltered and his dependence on alcohol has led to him becoming bitter and depressed.

In this season, BoJack attempts to improve his outlook on life by listening to motivational tapes and he also enters into a relationship with an owl named Wanda Pierce (Lisa Kudrow).