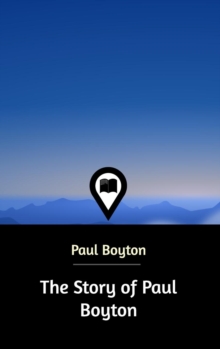 The Story of Paul Boyton

One bright day in July, 1858, two women carrying well filled market baskets, were crossing the old Hand Street bridge that spans the Alleghany River between Pittsburgh and Alleghany City, Penn. "Oh, Mrs. Boyton, do look at that child in the middle of the river paddling around on a board.""Well," said the one addressed as Mrs. Boyton, "I'm glad it is none of mine. My son Paul, loves the water dearly, but I took the precaution to lock him up before I started for market."After observing the child, who was evidently enjoying his aquatic sport, for some time, the two women proceeded on their way.

On reaching home, Mrs. Boyton, with a feeling of remorse for keeping her young son so long in captivity, went up stairs to release him, and to her consternation found that he had escaped.

Three minutes later an excited woman stood on bank of the Alleghany, vigorously waving her hand and hailing the youthful navigator.

The forward end of the one by twelve inch board was reluctantly headed for shore, and slowly idled in.

As the child reached land, he was grasped by the angry and anxious mother, who beat a merry tattoo on a tender portion his body with a shingle.