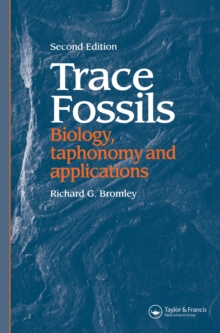 Since the publication of the first edition of this book in 1990, research in ichnology has shown spectacular acceleration.

In the first half of 1995, a seminal paper in ichnology was published about every two weeks.

For the purposes of this book, I have said 'Stop' and drawn the line at June 1st.

Since 1990, several palaeobiology textbooks have included a chapter on ichnology.

This is a major step forward. The chapter in Dodd and Stan­ ton (1990) is a good one although, like this book, it needs revising!

Sev­ eral major works on ichnology have appeared, including a book on the evolution of behaviour (Boucot 1990), Goldring's book (1991) Fossils in the Field, a whole part in Palaios (edited by Ekdale and Pollard 1991), a chapter in Walker and James' Facies Models (Pemberton et al. 1992), SEPM core workshop notes (Pemberton 1992), notes for a Paleontologi­ cal Society short-course (Maples and West 1992) and the 1992 Lyell Lec­ tures (edited by Goldring and Pollard 1993).

The journal Ichnos has played an important part in the publication of ichnological papers.

Established in 1989 by Bob Frey and George Pem­ berton for promoting trace fossil research, one of the journal's most important functions has been to draw together the work of specialists in invertebrate and vertebrate trace fossils, borings, coprolites, fossil insect frass in plants, termite nests, etc.

This has had a unifying effect on the discipline.