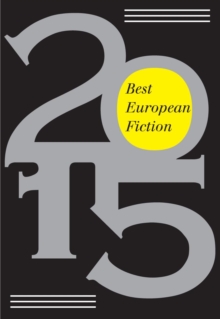 By: Camel, West,  Vila-Matas, Enrique(Preface by)

For the past five years, this anthology has stirred reactions around the globe, exciting readers, critics, and publishers alike.

Bringing new names and work of European writers to an international audience has shown the vitality of writing from Europe at a time when the number of translations has dramatically shrunk in the United States and England, thereby depriving readers of access to some of the best writing being done in the world today.

As in past volumes, special attention is paid to writers from the smaller countries who are usually overlooked (Albania, the Ukraine, Belarus, Croatia, Serbia, Slovakia, Latvia, Estonia, and many others) in favor of the major languages.

This tradition continues with the present volume. With a preface by the internationally known Enrique Vila-Matas, Best European Fiction 2015 takes it place among the first five volumes in bringing important voices to the English-speaking world.