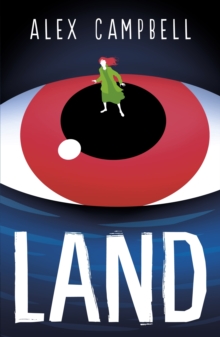 A tense and passionate novel about choices, obsession, destiny and powerThe sea rose.

Civilisation was wiped out, countries drowned. Out of the ashes of a desperate refugee camp, a new society was born, with a new place to call home: Land.

Trapped by an aggressive sea, its citizens were bound to rules that saw the weak removed, marriage and children by approval only, and designated work for all.

All for the greater good ... Decades later, and seventeen-year-old Christy's life is on the cusp of irrevocable change.

She has become eligible for The Pairing, a carefully selected marriage of political and social convenience where romance is out of the question.

Her grandmother, Cons, has also reached a significant age - sixty-six: soon the Selection Truck will arrive to take her away forever. Christy's only hope for protection lies with her errant rebel father ... but nothing goes as it's supposed to. As Christy finds a Pairing that might offer a new opportunity for love and security, she also uncovers a destiny that has been hidden from her; truths that have been disguised as childhood lies.

With Cons' life under threat, Christy is forced to face a whole new world, one where she must choose between those she cares about and the greater good.

A new life where she must play the reluctant rebel, revolutionary, lover ... and assassin.