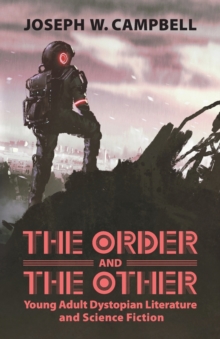 The Order and the Other : Young Adult Dystopian Literature and Science Fiction

In the mid- to late 2000s, the United States witnessed a boom in dystopian novels and films intended for young Audiences.

At that time, many literary critics, journalists, and educators grouped dystopian literature together with science fiction, leading to possible misunderstandings of the unique history, aspects, and functions of science fiction and dystopian genres.

Though texts within these two genres may share similar Settings, plot devices, and characters, each genre's value is different because they do distinctively different sociocritical work in relation to the culture that produces them.

In The Order and the Other: Young Adult Dystopian Literature and Science Fiction, author Joseph W.

Campbell distinguishes the two genres, explains the function of each, and outlines the different impact each has upon readers. Campbell analyzes such works as Lois Lowry's The Giver and James Dashner's The Maze Runner, placing dystopian works into the larger context of literary history.

He asserts both dystopian literature and science fiction differently empower and manipulate readers, encouraging them to look critically at the way they are taught to encounter those who are different from them and how to recognize and work within or against the power structures around them.

In doing so, Campbell demonstrates the necessity of both genres.