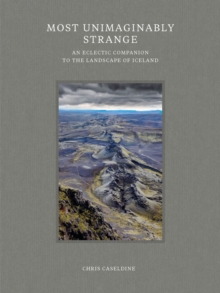 Most unimaginably strange : an eclectic companion to the landscape of Iceland

For all who yearn to travel to the home of the sagas, a beautifully illustrated companion to the terrain of Iceland-from puffins to ponies, glaciers and volcanoes to legendary trolls. Described by William Morris as "most unimaginably strange," the landscape of Iceland has fascinated and inspired travelers, scientists, artists, and writers throughout history.

This book provides a contemporary understanding of the landscape as a whole, not only its iconic glaciers and volcanoes, but also its deserts, canyons, plants, and animals.

The book examines historic and modern scientific studies of the landscape and animals, as well as accounts of early visitors to the land.

These were captivating people, some eccentric but most drawn to Iceland by an enthrallment with all things northern, a desire to experience the land of the sagas, or plain scientific and touristic curiosity.

Featuring many spectacular illustrations, this is a fine exploration of a most singular landscape.