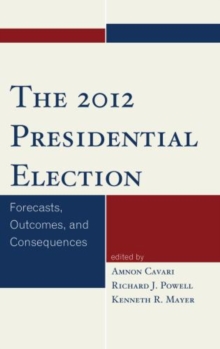 Though many analyses of the 2012 presidential election have emerged, none can match this collection's depth, diversity, or ability to critically and soundly argue where American politics will go from this point forward.

This volume includes some of the most recognized scholars in the field and innovative younger scholars who provide a fresh perspective on the election.

It is a diverse and award winning group, including established and respected names in presidency studies, political psychology, and election forecasting. The contributions address a wide range of subjects, from the accuracy of pre-election forecasts, the effect of the election on relations between Obama and congressional leaders, the effect of race and religion on the outcome, the consequences for the Republican Party, and prospects for leadership in a second term.

Rather than a simplistic account of what happened during the campaign, the volume will contribute to our understanding of significant questions about the presidency, voting behavior, political parties, and elections.