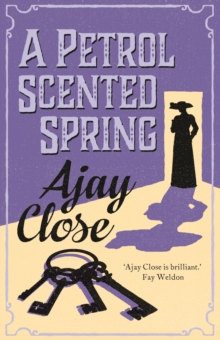 LONGLISTED FOR THE WALTER SCOTT PRIZE FOR HISTORICAL FICTIONI still don't know whether he was done for before we met, whether his heart was already claimed, or smashed.

Whether the love story pieced together in these pages is mine, or hers. The day after her wedding, Donella Ferguson Watson wakes up shackled to a man haunted by the past.

The lonely days become weeks, months. Her husband Hugh, a prison doctor, will offer no explanation for their sexless marriage.

She comes to suspect the answer lies with a hunger-striking suffragette who was force fed and held in solitary confinement.

But what really happened between Hugh and his prisoner patient?

A Petrol Scented Spring is a riveting novel of repression, jealousy and love, and the struggle for women's emancipation.