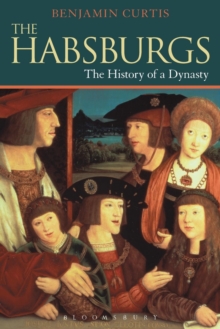 The Habsburgs : the history of a dynasty

The Habsburgs rank among the most celebrated ruling dynasties in history.

At one point, their territories stretched not only across Europe but across the globe, into Asia, Africa and the Americas.

By virtue of their long pre-eminence, the family made an indelible mark on European affairs, shaping the course of international politics and diplomacy, and knitting together the diverse peoples of Central Europe. The story of the Habsburgs is theatrical and compelling, but it is also vital for understanding how kings ruled, nations rose, and societies changed as modern Europe came into being.

In this book, Benjamin Curtis explores both the Spanish and Austrian branches of the dynasty, providing a concise, comprehensive picture of the dynasty's development.

This study clearly demonstrates why the Habsburgs are considered the most consistently accomplished practitioners of European dynasticism.