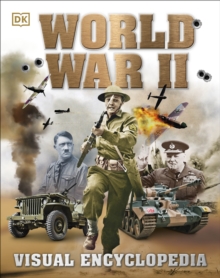 Read firsthand accounts of major campaigns and battles throughout the war.

Uncover hundreds of biographies of wartime leaders and brave soldiers who served on the battlefields.

Find out how technological advances influenced the final outcome. ?Key information is available at a glance, alongside data boxes, facts and stats, and inspiring quotations.

From the fastest fighter plane to the longest battle, you'll discover everything you ever wanted to know, and much, much more. Whether you're a history buff or simply want help on a school project, this standout reference covers every aspect of World War II and the important part it has played in world history."