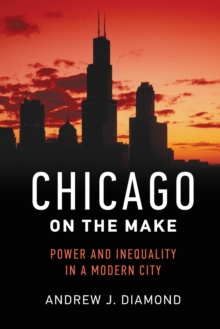 Chicago on the Make : Power and Inequality in a Modern City

Yet few historians have attempted big-picture narratives of the city's transformation over the twentieth century.

Chicago on the Make traces the evolution of the city's politics, culture, and economy as it grew from an unruly tangle of rail yards, slaughterhouses, factories, tenement houses, and fiercely defended ethnic neighborhoods into a global urban center.

Diamond demonstrates how the grassroots politics of race crippled progressive forces and enabled an alliance of downtown business interests to promote a neoliberal agenda that created stark inequalities.

Chicago on the Make takes the story into the twenty-first century, chronicling Chicago's deeply entrenched social and urban problems as the city ascended to the national stage during the Obama years.