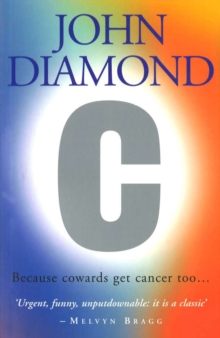 C : because cowards get cancer too

Shortly before his 44th birthday, John Diamond received a call from the doctor who had removed a lump from his neck.

Having been assured for the previous 2 years that this was a benign cyst, Diamond was told that it was, in fact, cancerous.

Suddenly, this man who'd until this point been one of the world's greatest hypochondriacs, was genuinely faced with mortality. And what he saw scared the wits out of him. Out of necessity, he wrote about his feelings in his TIMES column and the response was staggering.

Mailbag followed Diamond's story of life with, and without, a lump - the humiliations, the ridiculous bits, the funny bits, the tearful bits.

It's compelling, profound, witty, in the mould of THE DIVING BELL & THE BUTTERFLY.