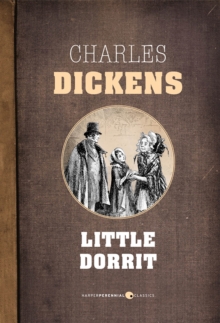 Widely considered to be Dickenss greatest satire on poverty, Little Dorrit is the story of Amy Little Dorrits struggle to hold her poverty-stricken family together in the face of her fathers imprisonment in the Marshalsea debtors prison.

Little Dorrit was originally published as a serial between 1855 and 1857 as a critique of the British debtors prisons, in which debtors were imprisoned and unable to work until their debts were paid.

The story pulls significantly from Dickenss own experience as the child of an imprisoned debtor.

HarperPerennial Classics brings great works of literature to life in digital format, upholding the highest standards in ebook production and celebrating reading in all its forms.