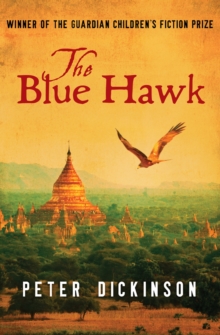 In an ancient kingdom, a boy and his hawk challenge the gods All his life, Tron has been destined to join the priests who rule his strange desert kingdom.

When the old king grows sick, a ritual is called for to restore his health: the sacrifice of a blue hawk, the symbol of the god Gdu.

For the first time, Tron is chosen to take part in the ritual.

Just before the bird is sacrificed, the young priest notices that its eyes are cloudy.

The bird is sick, and to give its soul to the king would be to kill him. And so Tron steals the bird away. The priests are enraged at his disruption of the ritual.

Some call for his head, but others see Tron's potential.

They give him three months to train the wild bird-three months to save its life and rescue the kingdom from the wrath of the gods. This ebook features an illustrated personal history of Peter Dickinson including rare images from the author's collection.