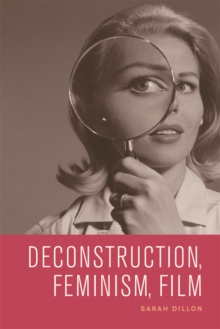 The writings of Jacques Derrida have had a profound but complex influence on both film studies and on feminism.

In the first work of its kind, Deconstruction, Feminism, Film explores the interconnections between these three fields through detailed filmic and philosophical close readings.

Employing a dual feminist methodology of critique and generation, this book probes the feminist faultlines in Derrida's thought and generates original feminist insight into key concerns of contemporary film studies, including spectatorship, realism vs artifice, narrative, adaptation, auto/biography and the still.

In theory and in practice, Deconstruction, Feminism, Film performs the possibilities of a new twenty-first century feminist spectatorship.