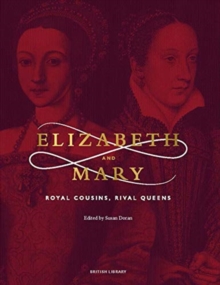 This book seeks to refresh and retell the story of Queen Elizabeth I and Mary, Queen of Scots through their own words.

Their personal history and struggle for dynastic pre-eminence are described and explained against the backdrop of religious conflict, rebellion, fear of foreign invasion, espionage and treason.

Twelve insightful chapters from leading Tudor scholars and 145 illustrated primary sources chart the queens' relationship as it evolved from mutual curiosity, to suspicion, to lethal enmity.

Reproduced in full colour, the sources include letters and documents written in the queens' own hands and recording their speeches and conversations: Mary's ten-page letter written to Elizabeth during captivity and the sonnet she penned the night before her execution, verses composed by Elizabeth in 1569 in response to the Northern Rebellion, and a recently discovered letter sent by Elizabeth to Mary in 1584 in response to her cousin's request for reconciliation. Alongside the letters and documents that bring their story vividly to life are many personal objects closely associated with the two queens, among them an exceptional portrait of Elizabeth I only recently rediscovered and one of her most treasured and personal rings, as well as a hanging embroidered by Mary during her long imprisonment, and the Penicuik Jewels she gave away before her execution.