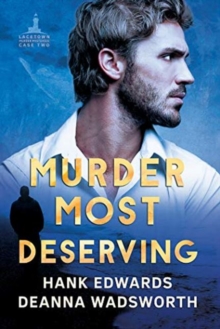 Lacetown Murder Mysteries: Case Two. An acoustic music festival comes to Lacetown, and with it, another dead body -- this one found at Fleishman's Funeral Home.

Michael recuses himself from the autopsy, handing the job over to his arch-nemesis from a neighbouring county.

Luckily Michael and local hairstylist Jazz are closer than ever.

Between a trio of funerals, a blowout BBQ, and a couple of trips on Beulah, Jazz's beloved scooter, Michael and Jazz do some sleuthing of their own.

With the first gruesome murder still fresh in their memories, they can't help but wonder if notorious murderer and famous author Russell Withingham might be targeting them from jail, where he's awaiting trial.

The festival, however, brings in a veritable lineup of potential killers, including a familiar -- and most unwelcome -- figure from their past.