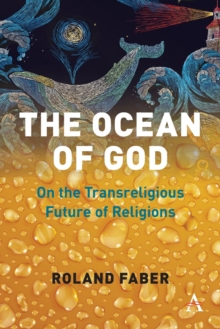 The Ocean of God : On the Transreligious Future of Religions

'The Ocean of God'conveys the proposition that the future of religions, if they will not want to contribute to the destruction of humanity, will become transreligious. Based on the assumption that the spiritual impulse of humanity cannot simply be eradicated, religiosity will persist in transreligious forms, as secularizations, naturalizations and transhumanist dreams only envision such transformations, but fall short in their ability to replace the force of spirituality to further civilized peace of human existence on Earth and its future in evolutionary, ecological and cosmological dimensions. In relating the contributions of religious pluralism to the concept of the unity of religions, which have arisen in this "new axial age" forovercoming the checkered history of religions in furthering peace, the program of a transreligious discourse, based on the insight of the fundamental relativity of (religious) truth and the special contributions of process philosophy and theology as well as the Baha'i universe of thought, analyses and projects a new religiosity or spirit enabling religions to overcome their deepest motives of strife and warfare.

â€˜The Ocean of Godâ€™is the presentation of the power to envision and prepare for meaningful prospects regarding the future of religions, neither succumbing to their mere reduction to prophecies of disappearance, nor binding us to past appearances that have contributed to the current predicaments of humanity. With new instruments of analysis of the aporias of the plurality and unity of religions, namely, negotiations of the concept of â€œmultiplicityâ€ and its application to a pluralism of pluralisms and the differentiation between a horizontal (synchronic) and vertical (diachronic) pluralism as well as multiple world theories, it wants to demonstrate the potential to cope with the complex incommensurabilities of plurality of worldviews and their peaceful coinherence in temporal and spatial differentiation.

â€˜The Ocean of Godâ€™ expands the philosophical and religious discussion on multiplicity and unity to the ecological embeddedness, evolutionary relativity and the cosmological magnitude of the human story. With the less known minority voices such as process philosophy and theology as well as the new axial perspective of the BahÃ¡'Ã­ religion, it situates humanity in cosmological patterns of becoming instead of fixed formations, of mutuality instead of external plurality, of relationality instead of reductionisms, of processuality instead of fixations on either past sedimentations or apocalyptic fatalisms. In the end stands the thesis that the future of religion will be transreligious, or there will not be either a humanity entertaining religion or a humanity entertained by the universe.