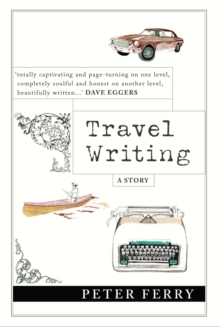 Pete Ferry is driving home from work one evening when he sees a car swerving dangerously on the road.

He wants to keep out of its way, so he allows it to overtake - but as it does so he sees that the driver is a beautiful woman, she's half-naked or at least her clothes are hanging off her, and it's clear that she's drunk or something isn't right.

He follows at a safe distance for a while, wondering what he should do - call the police?

Flag down some help? Then he finds himself at a traffic light, next to her car, and he realises that now is the moment to do something.

He could get out and tell her to pull over, or see if she needs help.

But he hesitates, unsure, the lights change and her car lurches forward straight into a tree, killing her instantly... This is the story that Pete tells his class of high-school students in the wealthy suburb of Chicago where he teaches and writes.

But did this actually happen, or is it just an elaborate tale he concocts to illustrate the power of story-telling to his restless teenage charges?

Was it really an accident? Could Pete have prevented it? Who was the beautiful woman, and why can't he stop thinking about her?

What might his obsession mean to his relationship with his girlfriend, Lydia?With humour, tenderness, and suspense, Travel Writing takes the reader on fascinating journeys, both geographical and psychological, playing with our notions of fact and fiction and questioning whether the lines between them are more blurred than we first expect.