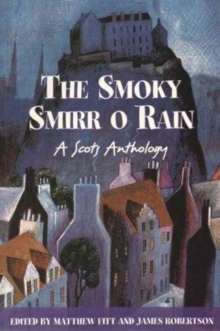 This packed anthology contains a vast selection of literature in Scots.

From the Renaissance makars to contemporary authors, together with work in translation from a number of different languages, it gathers into one volume writers as diverse as Robert Henryson, William Dunbar, Robert Fergusson, Robert Burns, Jean Elliot, Walter Scott, Hugh MacDiarmid, Liz Lochead, Charles Baudelaire and Feodor Dostoevsky, as well as some of the finest anonymous ballads and songs ever composed.

Arranged thematically into topics such as love, home, death, jealousy, pride, ambition, freedom, work and play, it gives teachers and students immense scope both for comparative analysis and exploration of the main concerns of individual authors.

It is, therefore, not only a major contribution to the study of Scots literature but a fascinating and enjoyable tour through some of the greatest writing Scotland has ever produced.

Ideal for both students at upper secondary level and beyond, as well as anyone wishing to indulge in the best in Scottish literature.