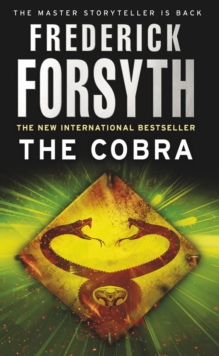 AN UNWINNABLE WARCocaine is worth billions of dollars a year to the drug cartels who spread their evil seed across Western society.

It causes misery, poverty and death. And slowly its power is spreading... A MAN ON A MISSIONEx-CIA special ops, Paul Devereux, intellectual, dedicated and utterly ruthless, is given what seems like an impossible task: Stop the drug barons, whatever it costs.

At his disposal, anything he wants - men, resources, money.

He must assemble a team equal to the lawless men who control this deadly trade. AN UNTHINKABLE SOLUTIONUp to now the drug cartels have had it their way.

Up to now, the forces of law and order have played by the rules.

That is about to change. Those rules no longer apply... and a dirty war is about to get a whole lot dirtier...