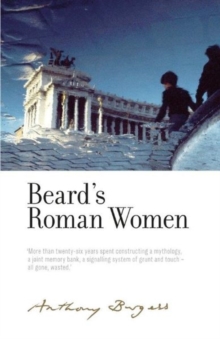 Anthony Burgess draws upon an autobiographical episode to create Beard's Roman Women, the story of a man haunted by his first wife, presumed dead.

But is she? A marvellously economical book, full-flavoured, funny, and heartfelt, showing its author at the height of his powers.

This new edition is the first to be published with David Robinson's photographs for over forty years.

The text of the novel has been restored using the original typescripts, and Graham Foster's new introduction provides valuable insight into the fictional and biographical contexts of the novel.

The text is fully annotated with a detailed set of notes and this edition includes the previously unpublished script for Burgess's television film By the Waters of Leman: Byron and Shelley at Geneva, and a rare piece of Burgess's writing about Rome. -- .