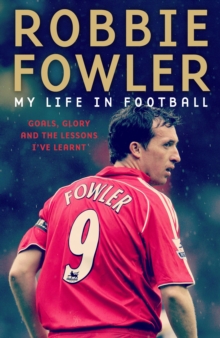 My life in football

Born in Liverpool in 1975, Robbie Fowler became a club icon by the time he was eighteen.

Now, he takes us through the games that have shaped his life and football philosophy, more than 25 years after he first signed as a professional. Engaging, personal and revealing, Robbie opens up about his astounding achievements, the price of fame and the regrets and struggles of being a professional footballer.

From Hillsborough to Madrid, via the cup treble, that goal line celebration, Houllier, Benitez, Klopp and more, Robbie explains his thinking about the modern game.

Inviting readers inside the dressing room, he shares stories of legendary teammates like Rush, McManaman and Gerrard, as well as his rise to football's top table.

What inspired him to play the beautiful game? How did he get back up after the injuries that blighted his career?

What gave him the drive to keep going and pursue his dreams?My Life in Football is the inspiring story of a local boy who became a legend.