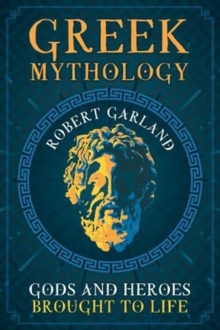 Greek mythology isn't the equivalent of the Bible or the Qur'an.

There is no standardized version of any myth. Myths aren't sacred. Whether you happen to be Homer, Aeschylus, Sophocles, Euripides or any other Greek, or even you or me, every myth is yours to tell and interpret any way you like. Just to give one example. An oracle has decreed that Oedipus will kill his father and marry his mother.

In Homer's version, Oedipus carries on ruling in Thebes when he discovers he has fulfilled the oracle, whereas in the version that Sophocles gives us in his play Oedipus the King, Oedipus blinds himself and goes into voluntary exile.

That said, certain details are unalterable. Oedipus has to be ignorant of the fact that the man whom he kills is his father and that the woman whom he marries is his mother; he has to fulfil the awful prophecy of the oracle; and he has to come to a realisation of what he has done afterwards.

But everything else is pretty much up for grabs. Greek mythology is very much alive and well in the contemporary world.

There are many narrative versions of the myths currently available, but this book will do something very different: it will give the characters the chance to tell their stories in their own words.

In so doing, it will give both gods and humans the opportunity to reflect upon their life stories and, in places, justify their actions.

In this way they will come across as real people, just as they are, say, in the plays of the dramatists.