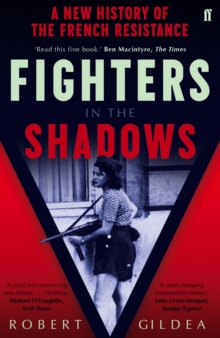 Fighters in the shadows : a new history of the French Resistance

The story of the French Resistance is central to French identity, but it is a story built on myths.

Not simply an effort to free the country from German occupation, it was part of a Europe-wide anti-fascist struggle, which included Spanish republicans, Italian and German anti-Nazis, communists, Jewish resisters and Christian rescuers.

Robert Gildea returns to the testimonies of those involved, asking who they were, and what compelled them to take the terrible risks they did, bringing to the fore stories of the women resisters, whom history has neglected.

Fighters in the Shadows is a vivid, gripping and entirely new account of one of the most compelling narratives of the Second World War.